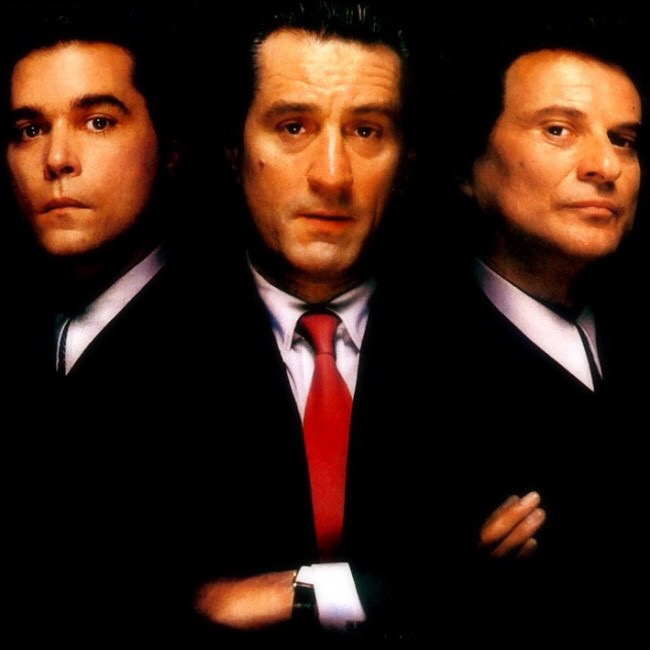 Hello everyone! Hope all of you guys are doing great. This will be my very first movie review! Since the title says it all so yes I’ll be reviewing Goodfellas. I recently saw this film quite a few times and I really like the film. The very first time I’ve seen the film was back a few years ago. I saw it on DVD but eventually I sold the DVD and got the bluray instead. So this past few weeks, I’ve seen the film a few times and I really appreciate the film.

Goodfellas is a 1990 film directed by Martin Scorsese which includes the cast of Ray Liotta, Robert De Niro, and Joe Pesci. Now before I say anything else, let me just say that this movie is amazing. It’s a very well made movie and Scorsese directed it well. This movie is based on a true story so that blew me away. 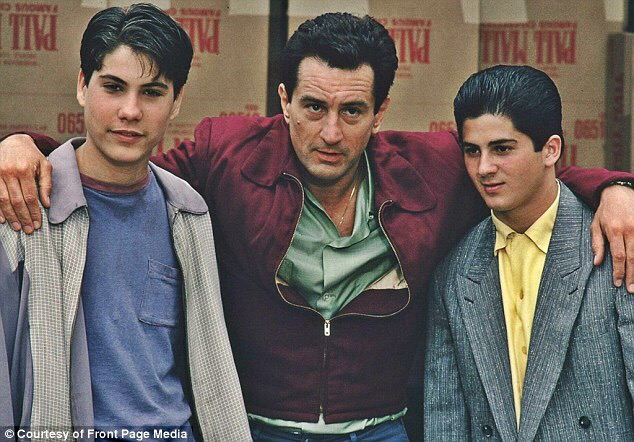 It’s about a young guy named Henry Hill (Ray Liotta) who’s living a gangster’s life. Now in his perspective he loves his life and he thinks being a gangster is much better than being President of the United States. In the movie you see him working with his main associates who are Tommy DeVito (Joe Pesci)  and Jimmy Conway (Robert De Niro). They like to pull heists, deal with narcotics, going to bars and make jokes, etc. Basically doing whatever they feel like to do. Henry calls the entire crew wise guys and they always have each other backs. Jimmy Conway told Henry when he was young that he should never rat on his friends and he should always keep his mouth shut. That actual quote from the film became an instant memorable one. But if you haven’t seen the film, that lesson became an irony and I think that’s what makes the movie great.  However, if something goes wrong, a member of the crew usually gets killed for it since they are responsible. They use the term “whack”. During the movie, things sometimes worked out for Henry but some things did not as a gangster. Once he became married to a woman named Karen, he had problems with his marriage. Karen was fed up that Henry was a gangster and doing so many bizarre things. But she eventually got used to his lifestyle. Henry was having an affair as well with another woman named Janice so that turned out ugly when Karen found out. But he still made his relationship work with Karen. So yeah during the movie, Henry went through some rough roads during the film. The final act of the film makes the movie great in my opinion. It makes me wander of how Henry rose up but then everything changed just like that. Henry eventually ends up in jail during the movie after he and Jimmy goes to Florida to collect money from a gambler. But after the gambler gets beaten up badly, the gambler’s sister turns Henry and Jimmy in since she’s a typist for the FBI. While in prison, Henry manages to sell drugs which is smuggled in by Karen. Eventually Henry gets released from prison and then later on in the film, he, Tommy, Jimmy and other members of the crew manages to pull the biggest heist of all time. Which is called the Lufthshana Heist. This heist occured at John F. Kennedy Airport and about 6 million dollars were stolen. However some of the members bought many expensive things with the money, so Jimmy decides to have them killed. But during the final act of the film, Henry is in a complete mess in his life. In the end he did rat on his friends because Jimmy was gonna have him killed. So he joined the Witness Protection Program, and he gives enough information to have Jimmy and Paulie (Paul Sorivino) be arrested. He learned a good lesson from Jimmy to not rat on his friends and to keep his mouth shut but the twist is that Jimmy was gonna kill him in the end. Henry broke the rules of not ratting on his friends and he used it against the mentor who taught him that lesson. That is the irony. Henry had to save himself and his family. In the end of the movie, Henry is considered an average nobody and he says he gets to live the rest of his life as a schnook since he’s not a gangster anymore. Now let’s get into the performances. 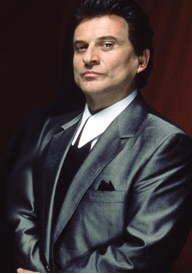 Joe Pesci playing the role of Tommy DeVito was perfect. Tommy is a very aggressive person and he’s usually up to no good. I was glad that he won an Oscar for his role. One scene I liked was when he was saying a funny story to his crew and Henry said “You’re a funny guy”. Tommy get’s all serious and asks him how he’s so funny. But then a few moments later Tommy was just messing around with him. Also in the film, a mobster named Bully Botts insults Tommy by telling everyone that he used to be a shoeshine boy when he was young. Tommy gets pissed, so he, Henry and Jimmy kill him and they bury him in upstate New York. However six months later, they move the dead body since some type of development was gonna happen around that area. Tommy eventually gets killed after he thought he would be a made man. He got killed for killing Billy Botts so basically it was revenge. All these scenes that I talked about showed that Joe Pesci was perfect for the role. His character showed a lot of aggressiveness, bad temper, and that he was a trouble maker not to be messed with. 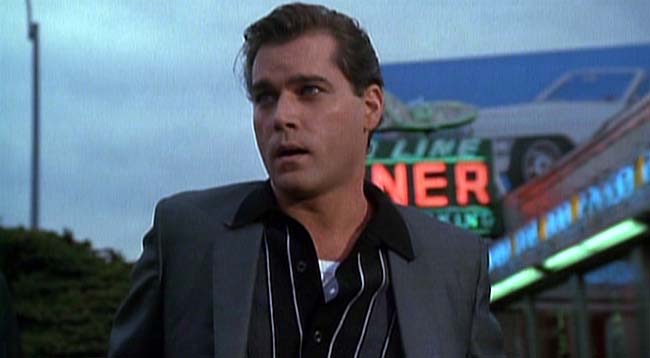 Ray Liotta playing the role of Henry Hill was perfect as well. I felt he should’ve been nominated and won an Oscar for his performance. I really enjoyed the fact that the whole movie was centered around him and he was narrating most of the film. The scene that I felt was the most powerful for Ray Liotta was when his character was looking for the cocaine which was apparently worth a lot of money. When he finds out his wife flushed it down the toilet so the FBI won’t find it, he goes nuts and yells at her for doing that. Henry was doing a drug deal with connections in Pittsburg but that did not work out well so he went to jail again. The high priced cocaine was related to the drug deal. He was doing a drug deal so he can support his family. But after the cocaine was gone, he and his family became broke. The emotion and the acting Liotta showed during those scenes was very good in my opinion. 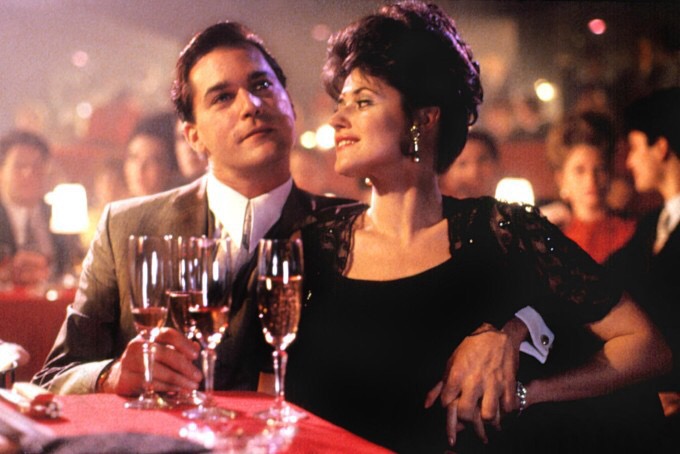 Lorraine Braco gave a good performance for her role as Karen Hill. Her character throughout most of the film was just fed up with Henry. You really feel sorry for her character once you see the film. So Lorraine Braco did play the role right. 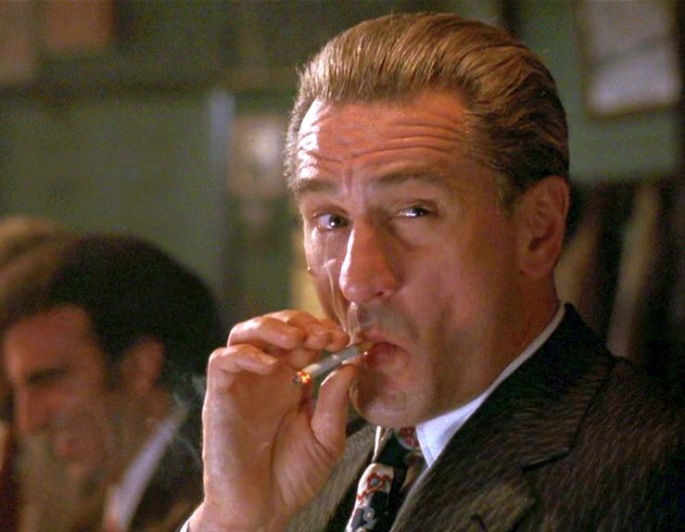 Robert De Niro playing the role of Jimmy Conway was perfect as well. There’s nothing really to say about Robert De Niro. All the movies I’ve seen him in so far, his performances are always good. He’s one of the best and one of my favorite actors of all time. I felt his character in the film was like a father figure to Henry because he guided him throughout his young life of how to be a gangster. 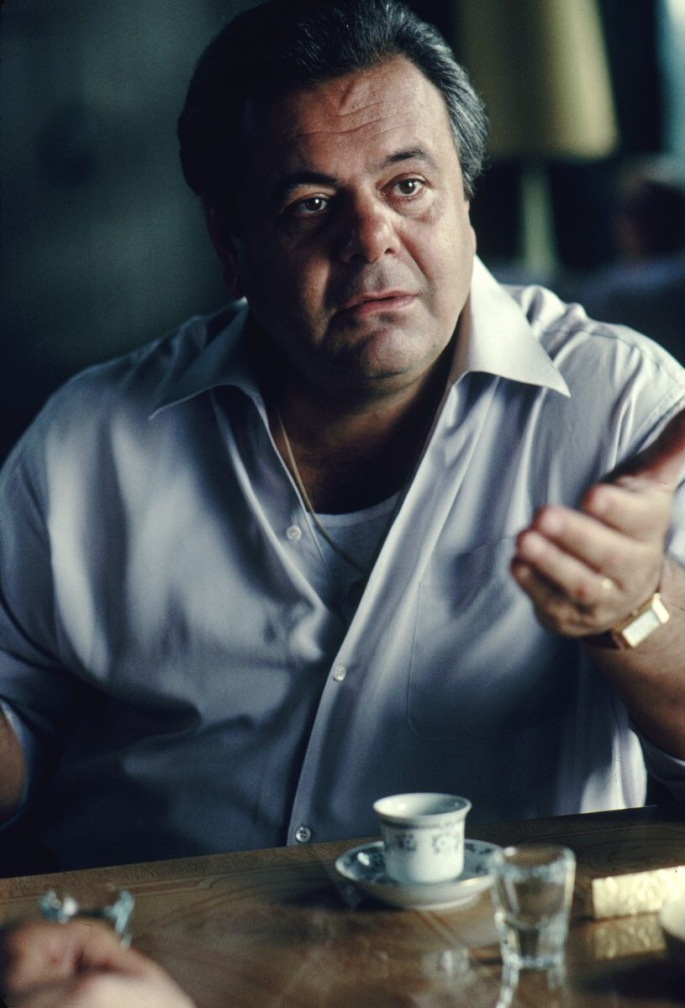 Paul Sorvino playing the role of Paul Cicero was also really good too. Paul Cicero was a mob leader so he took in Henry in his younger days which eventually made him have a friendship with Jimmy Conway and Tommy DeVito. He also guided Henry as well and he always looked out for him. But during the last act, a turning of events occurs and Paulie does not want to have any association with him since he felt betrayed by Henry. He told Henry not to get into drug deals but Henry disobeyed. So he gave him 3,200 dollars to financially support him and that ended their friendship.

Like I said before, Martin Scorsese did a great job directing the movie. I liked the fact that the movie starts off with the three main guys in a car going to upstate New York. Then they officially kill Billy Botts who was in the trunk since he was making noises while Henry was driving and then the scene freezes and you hear Henry Hill narrating the film by first saying he always wanted to be a gangster. Then the film transitions to when Henry was very young and how he got into the gangster life. To those who haven’t seen the film, that scene where they go to upstate New York and kill Billy Botts officially in the trunk, that scene comes up again in the middle so it can be explained of why that happened. That’s another thing I liked about this film. There are no confusing moments. Scorsese really knows how to direct a movie because this movie is so organized. There are no messy or unnecessary scenes and it sticks to what the movie is really about. All of the acts in the film were solid. He really knows which actors and actresses are perfect for his films. 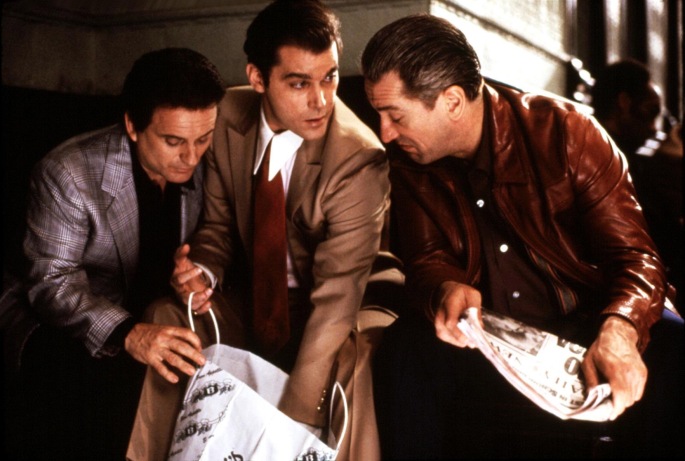 But anyways guys, I hope you enjoyed my review of Goodfellas. This movie is definitely one of my favorite crime films and one of my favorite films of all time. But my favorite Scorsese film is Taxi Driver but Goodfellas comes second! If you haven’t seen the film, please check the film out. It’s a masterpiece and it’s one of Scorsese’s best films! I’m not sure which movie I wanna review next but stay tuned. 🙂