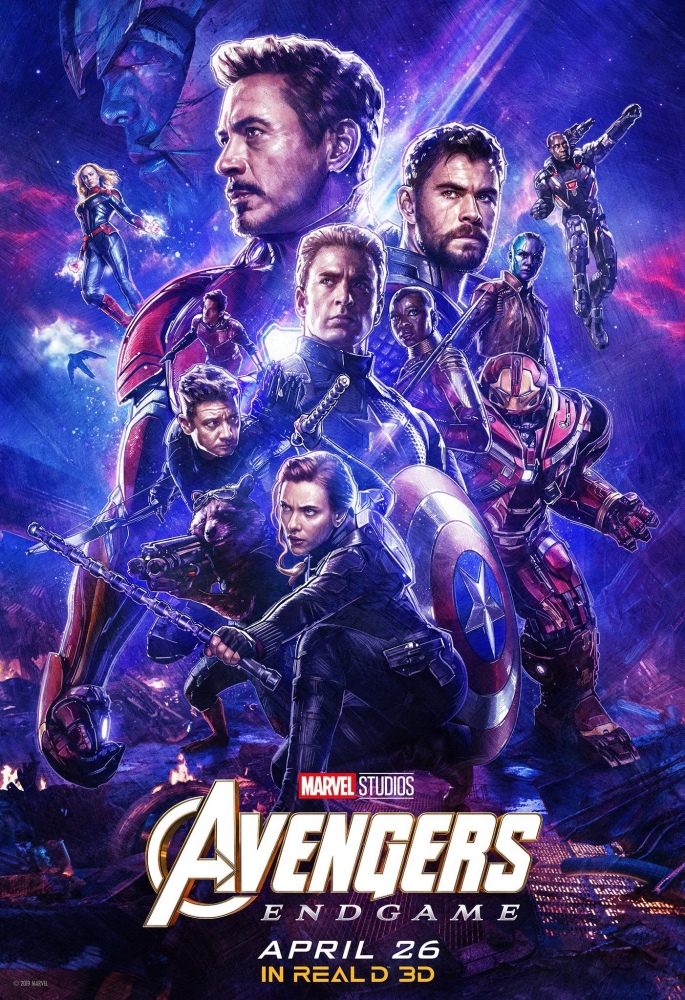 It’s hard to believe it’s been 11 years that Marvel Studios have made 21 movies. What a ride it has been since 2008. We started with Iron Man and the Infinity Saga ends with the 22nd film named Avengers: Endgame. It has been a hell of a ride for the fans that have been here since the very beginning. I haven’t been here since the very beginning but I came around the middle of this great run. Everything that has been happened so far ends with Endgame. Tickets have been sold out like hot cakes nationwide so there was no point to stand in line at the box office on opening night. I was attempting to do a full marathon but due to being busy with life, I’ve only seen a handful. But I have seen the essential films that are required to see before Endgame.

The major great thing about this film is the tone. I was expecting the tone to be similar to Infinity War but the tone in this film was melancholy. It’s a good thing because what all the characters has been through fits with it. The way the film opens up with Hawkeye training his daughter before the snap occurs was so unique. Also after Steve Rogers tells the other remaining Avengers “Let’s go get this son of a bitch.”, the Avengers theme plays with the title popping up. Such a great way to introduce the movie title. No explanation needed.

Throughout the entire movie you really feel empathetic towards all the remaining suffering Avengers. Majority of the MCU movies are serious/funny films but this one has to be the best one yet under that category. Also when the humor kicks in, it perfectly fits well. Nothing feels really forced. There were a lot of great moments/scenes and the character development is probably one of the best I’ve seen in cinema history.

As stated earlier, I loved the opening scene with Hawkeye training his daughter before the snap occurred. Also the scene where Captain America tells everyone to get Thanos before the title popped up was clever. I loved how the movie had a time jump from a couple of weeks since the snap to jumping 5 years later. I think this was the first time ever we saw a MCU movie that did a huge time jump like that.

The scene where Tony reveals he had a daughter named Morgan really hit you in the feels. We’ve been invested with Robert Downey Jr’s character for a very long time and seeing him having a kid was something special to see. The scene where Tony gives Captain America a brand new shield was a scene to remember because after the events of Civil War, it was heartbreaking(in an entertaining way) to see them not be friends anymore. I was expecting to see them reunite in Infinity War but them reuniting back in Endgame was actually better. The scene where they need to reconsider the plan in New York of 2012 as Captain America says he trusts Tony was also gold. We’ve seen that in the special look footage but of course seeing it in the movie had more meaning.

The plot turning twist scene where 2014 Thanos,2014 Nebula and 2014 Gamora find out about the present day Nebula’s plan which led 2014 Nebula to go back to the present instead was really clever. A solid plot twist no doubt. Time traveling plot twists is a little cliche but for this movie it’s an exception for the obvious reasons.

The scene where Black Widow sacrifices herself so Clint can get the Soul Stone was not my favorite scene but it is a memorable one for the sad reasons. We’ve been used to seeing Black Widow in so many films of the MCU since 2010 and seeing Scarlett Johannson’s character died off but was really unexpected.

Seeing Bruce Banner act like himself as the Hulk throughout most of the film was hilarious to see. Scenes as Thor looking overweight and just a slacker was hilarious too since he’s a god. As stated before, the movie did a great job balancing the comedy and the seriousness.

It’s time to discuss the last four scenes which in my opinion are probably the most memorable ones of this movie and possibly the entire MCU so far.

The scene where the remaining Avengers fight the 2014 Thanos and Captain America sees he’s worthy of Mjolnir was DAMN great! It gave me goosebumps and reminded me of the scene where Rey used the force to wield Anakin’s lightsaber in The Force Awakens. Everyone including me was clapping at the theater when it happened. The scene where all the resurrected Avengers join the fight and Captain America tells them “Avengers…Assemble!” was GOLDEN. The Avengers theme playing in the background as that occurred made it even more magical.

However the scene where Tony dies from the infinity stones’ energy that gets released and right before he does, he tells Thanos “I am Iron Man.” It was such a powerful scene and it’s a scene that will be talked about for a very long time. Tony ended the first Iron Man Movie by telling the public that he’s Iron Man but in Endgame he tells Thanos that he’s Iron Man which became full circle. It’s no question Robert Downey Jr. is the Godfather of the MCU and he has contributed so much to this franchise since 2008. It’s gonna feel very weird and sad to see him no more in future Marvel movies. Tony Stark developed so well as a character since 2008. He’s been through so much and he learned so much about himself. When he realized he needed to make the ultimate sacrifice by seeing Doctor Strange showing out one finger (meaning only 1 possibility to beat Thanos), it showed how much he has been through and you knew this was almost the end for the beloved character.

The next scene that I’ll be talking about is my favorite scene of his movie. That is when Captain America goes back in time to place back all the Infinity Stones and Mjolnir in their respective places in time but chooses to stay at 1945 to marry his love of his life Peggy Carter. Meanwhile in the present, Steve Rogers is an elderly man who passes down his shield to Sam Wilson. This scene alone shows Steve Rogers decided to technically start his life over again and wanted things to be normal instead of taking the role as a superhero. It’s my favorite scene because Captain America is my favorite superhero of the MCU and seeing him over the years how he also developed as a character just blew me away. This was a great way to send Chris Evan’s character to be properly send off after he portrayed the role for 9 years. It was a sad scene but it was a highly pleasing one at the same time. The viewer would understand Steve Rogers perspective and would agree with him that he needs to take a new path now in life. The scene reminded me of the ending of The Dark Knight Rises when Alfred sees Bruce Wayne living out a normal life with Selina Kyle in Florence, Italy.

The action scenes of the film delivers and I’d say it’s one of the best MCU films that has action scenes that will blow you away. There were other scenes that were great too but I just thought the ones that I’ve mentioned here were the ones worth talking about in my opinion. All of the characters developed really well throughout the film but I just felt it was essential to talk about Tony’s and Steve’s since they are like the top guys that ran the MCU of the Infinity Saga.

Overall, Avengers: Endgame is one of the best movies I have ever seen and it’s one of the best conclusions in cinematic history to an epic 22 film saga. This film is no doubt a masterpiece and I think we can all agree that it’s a movie that can be watched countless of times. It’s already a classic in my book. I’m gonna rate this movie five out of five stars. It’s rightfully deserved! Huge thank you to the Russo Brothers for making this film, Infinity War, Civil War and The Winter Soldier a reality. They’ve done more than enough. Avengers: Endgame is this generation’s Return of the Jedi and I’m hoping phase 4 is just as great as the Infinity Saga. I’m gonna miss Iron Man and Captain America especially for the obvious reasons when phase 4 begins. It’s really an end of an era.

The same exact review of this film can be found on my LetterBoxd as well. Here are my links.