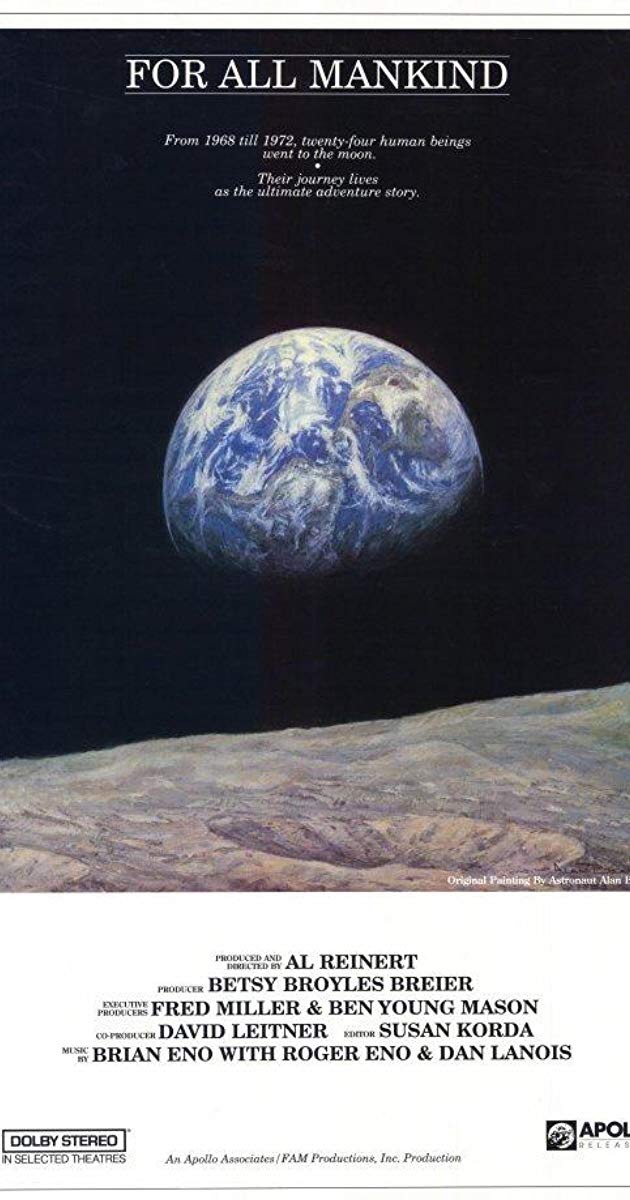 I have not seen many documentaries so far in my life but I am beginning to watch more of them to appreciate the genre more. It’s been a while I’ve seen a documentary film and I really wanted to check this one out. I love to learn about space and I am interested in majority of the Apollo Missions that has happened in U.S. History. So this will be my very first documentary review

I like how the film opens up with footage of John F. Kennedy giving his famous speech of how America will go to the moon at Rice University. It was really clever and right after the speech, the documentary begins it business.

It’s amazing how in this movie, the film is all archival NASA footage based on the impactful Apollo Missions. The film also includes footage of some members of Mission Control and the experiences some of the famous astronauts went through during a couple of the Apollo Missions. Reinert does a great job using each single archival NASA footage and editing it to make it look like a movie that expresses a lot of emotions. The documentary doesn’t jump back and forth from past actual footage to present day interviews with the astronauts,etc. The astronauts are narrating as the past footage is being played out. Another great thing is when there’s dialogue in the NASA footage, the narrators do not narrate while the dialogue is being heard. Reinert had a great idea with that too because I suppose he wanted every viewer to see and listen to the actual scenarios of majority of the Apollo Missions that was shown from the archival NASA footage. There is plenty of dialogue between the astronauts and their ineractions with Mission Control as well. When you listen to the dialogue it really feels like you are listening to characters from a movie talking instead . Reinert definitely captured the magic with that.

The film score produced by Brian Eno, Roger and Daniel Lanois was also a really good one because their score perfectly fitted with each footage that Reinhert decided to use.

My favorite footage would definitely be the Apollo mission where Neil Armstrong and Buzz Aldrin puts the American flag on the moon. It was no doubt a successful Apollo Mission in the history of mankind. There is a lot of footage shown in this documentary, and it’s really mind blowing to see each of them since they are all real life footage.

I have no flaws or nitpicks with this documentary!

Overall, For All Mankind is one of the best documentaries I ever seen and I would highly recommend anyone to see it. If you love to learn about spac ethen this documentary is perfect for you. If your just a casual movie/documentary lover, then this documentary will still won’t disappoint you! Either way, it’s a win-win. I’m glad I own the Criterion Collection bluray and I’ll be seeing the documentary once again later on in the future. The documentary came out in 1989 and it’s still really good after all these years! Reinert worked really hard to make this documentary available for the public to see and it paid off really well. I’m going to rate this documentary five out five stars.